Each device with the BlueFletch Support Application installed reports details on its state regularly to the BlueFletch Portal. These details can be conveniently viewed in one place, the device's detail dashboard. This can be reached by URL (https://ems.bluefletch.com/support/device/[SERIAL NUMBER]), by the Detailed Device View button present on Playbook Devices' Device Summary page or EMM Console Devices' Device Summary page, or by linking the URL to a dashboard device list card (BlueFletch has a public data table card "Device Check In/Check Out" that has this link). 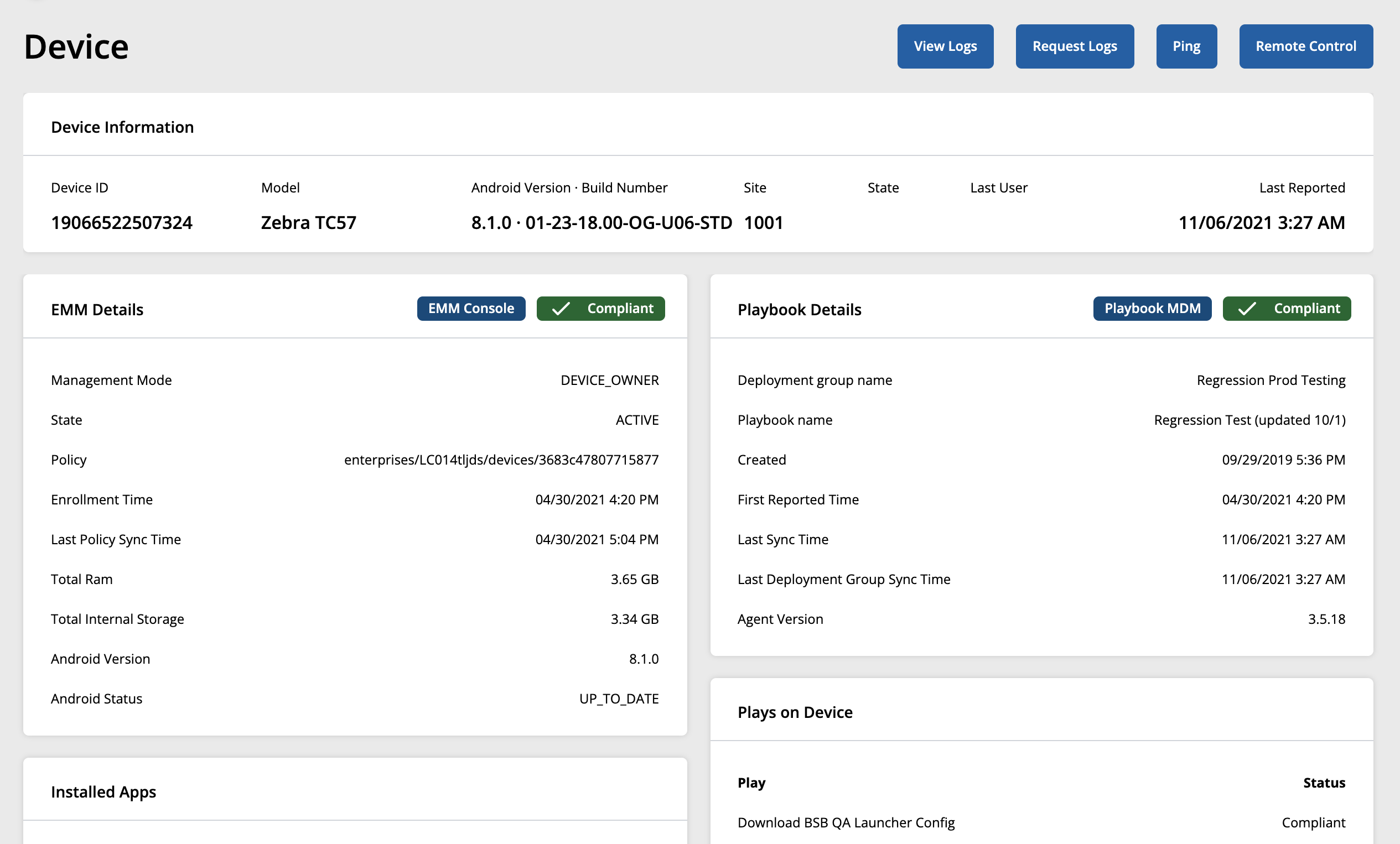 A device's dashboard includes the following cards, with details populated as relevant. For example, if a device is not enrolled in an enterprise mobility management policy, then EMM Details will be empty.

General information about the device.

Information specific to the device's status in the organization's enterprise mobility management (EMM). Only reports if device is enrolled in the EMM.

The EMM Console chip in the header indicates that this device can be found in the EMM Console tab's Devices. A green Compliant or red Not Compliant chip indicates whether or not the device has been assigned to an EMM policy.

Information specific to the device's status within a playbook. Only reports if the device has been deployed with the BlueFletch Playbook Agent.

List of the application packages installed on the device. Details are displayed in the following two columns, and the user can hover over the application for all details in a tooltip.

List of the plays belonging to the playbook deployed to the device. Displayed in two columns. 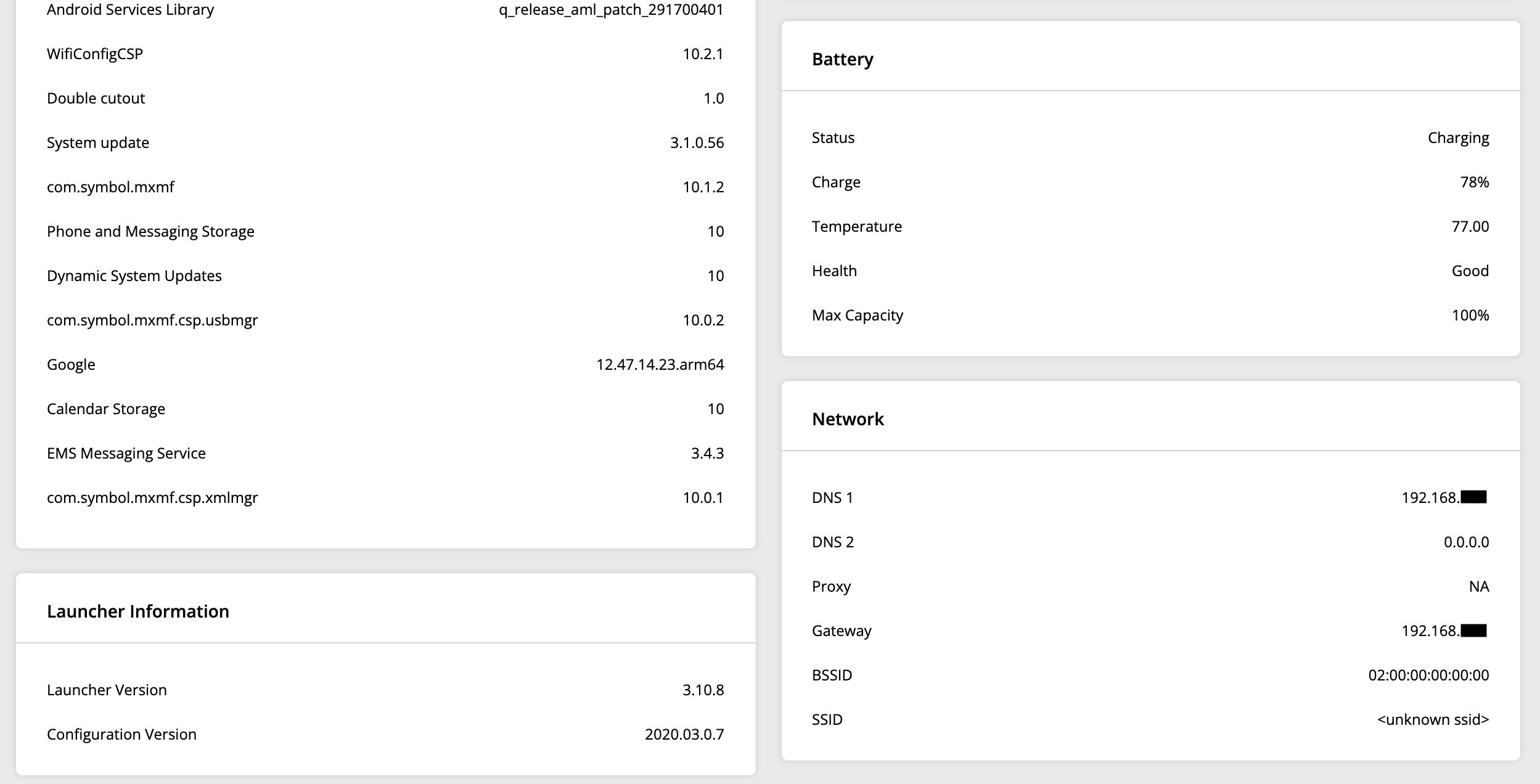 Identifying information for the current versions of the Launcher application and of the launcher configuration on the device.

Launcher Version: Version number of com.bluefletch.launcher package on device Configuration Version: Value of configVersion field of the launcher.json configuration file on the device

Information on the device's battery state.

Information on the device's network connection.