Essential settings for all secondary authentication:

If a PIN has been configured to be the form of secondary authentication, a user logging into a device through the BlueFletch Authentication module will be prompted immediately after successfully entering their username and password to create a PIN. The PIN must be entered the same twice to confirm the sequence, and then the user will be allowed to access the logged-in state and their role-based applications.

Optionally, one application can be configured to be accessible from the lock screen. This is essential when there is a need for users to quickly access some functionality, such as the Android phone app, without entering the PIN first. See the Quick Start package configuration notes below. 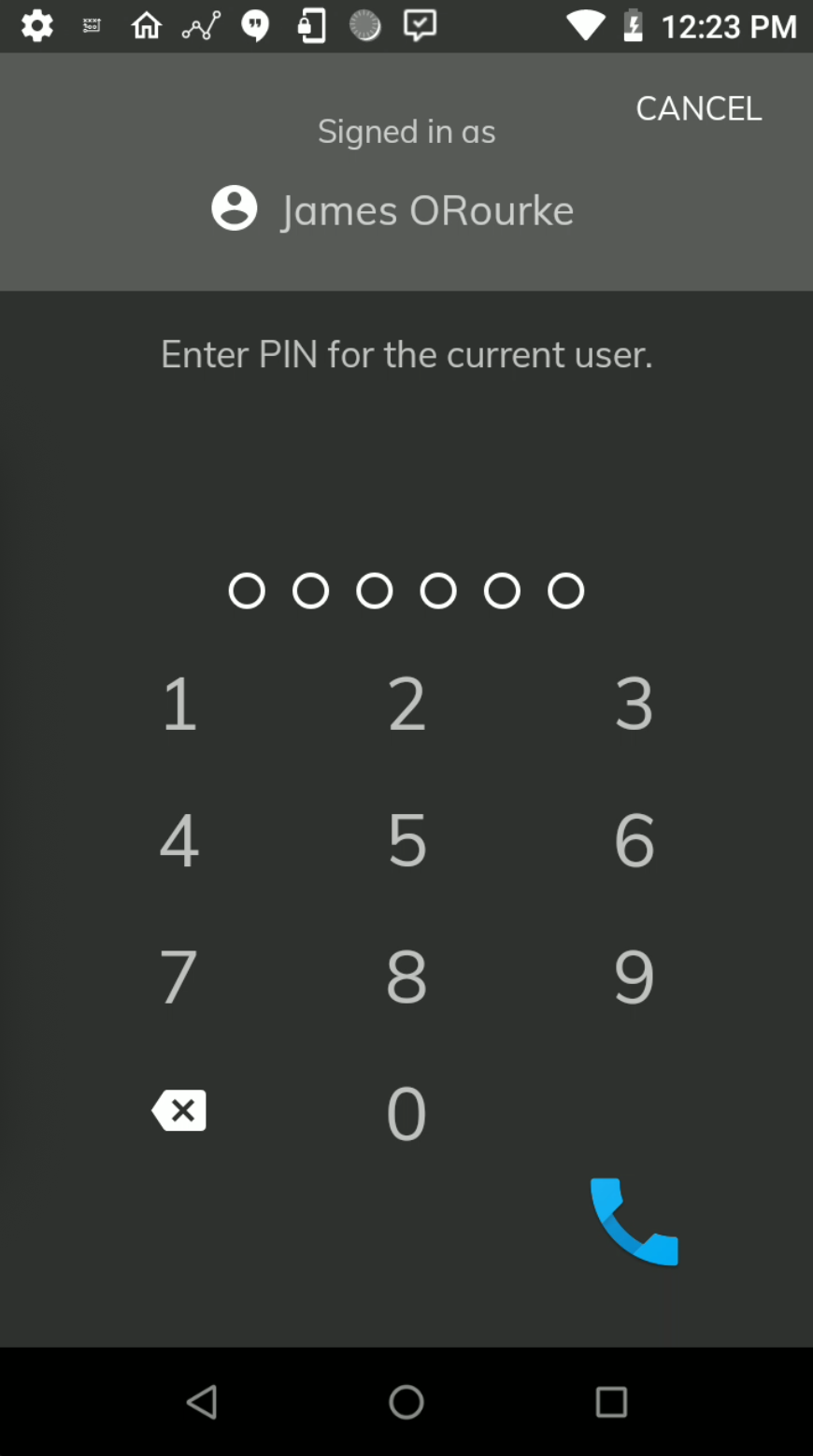 A device configured to reauthenticate by facial recognition will require that the BlueFletch Vision reauthentication APK be installed on the device and a Vision Database ZIP file be downloaded to the file location /sdcard/Download/ems_vision_database.zip. Contact your BlueFletch representative to request a Database ZIP file. On the hardware side, Vision requires a device with a front-facing camera to operate.

To reauthenticate with Vision, login with the BlueFletch Authentication module. If the device has been configured as indicated below to include a logged-in layout with the Vision application's Training activity, then after the user logs in, they can open that activity. Vision will "train" itself to recognize the user's face by collecting multiple images, ideally from a variety of angles as the user shifts the device in relation to their face.

The user may lock the device's screen. Upon unlocking, the user will be prompted for reauthentication by Vision turning on the front-facing camera. If the user's face image matches within a threshold of similarity against the expected images stored in the database, then the user is reauthenticated and returned to the logged-in state.

A near-field communication (NFC) tag functions for reauthentication purposes as proof of possession of a piece of hardware (an ID badge or other object with an NFC sticker on it) that is digitally recognizable by the mobile device.

If a device has been configured to use NFC for secondary authentication, after logging into the Authentication module, the user will be prompted to tap an NFC tag with their device to associate the tag with the login session. 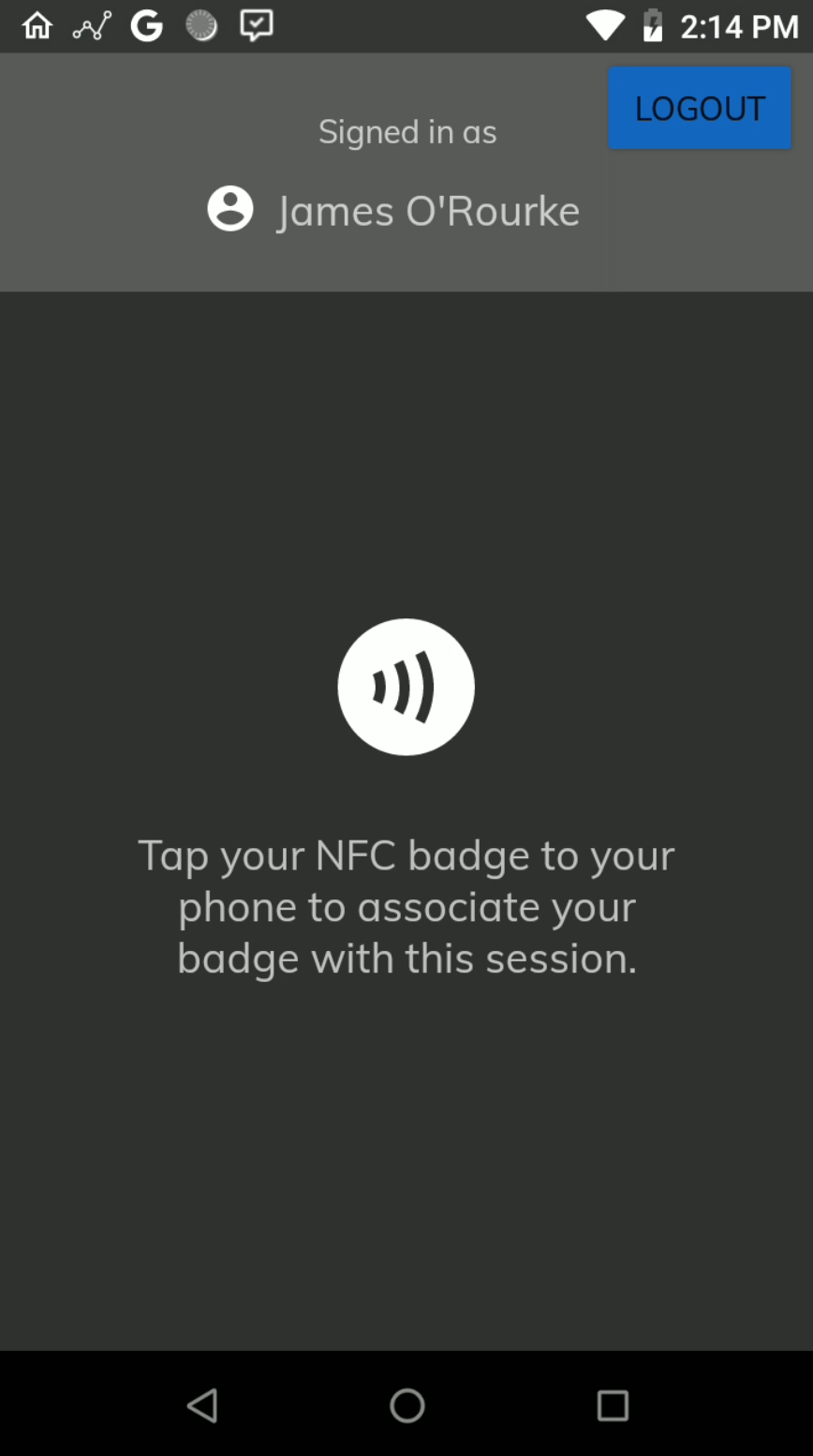 After tapping, the NFC icon will turn green and the user will be allowed to access their logged-in state applications.

When waking a locked device screen, the Auth module will prompt the user to tap the same NFC tag in order to unlock.

If the user taps a different NFC tag that is not associated with the session, the Auth module will display a message stating, "NFC badge data cannot be verified with this session." The NFC icon will turn red, and the user will not be returned to their logged-in state.

If the user taps the NFC tag that they associated with the session, the NFC icon will turn green and the user will be returned to their logged-in state. 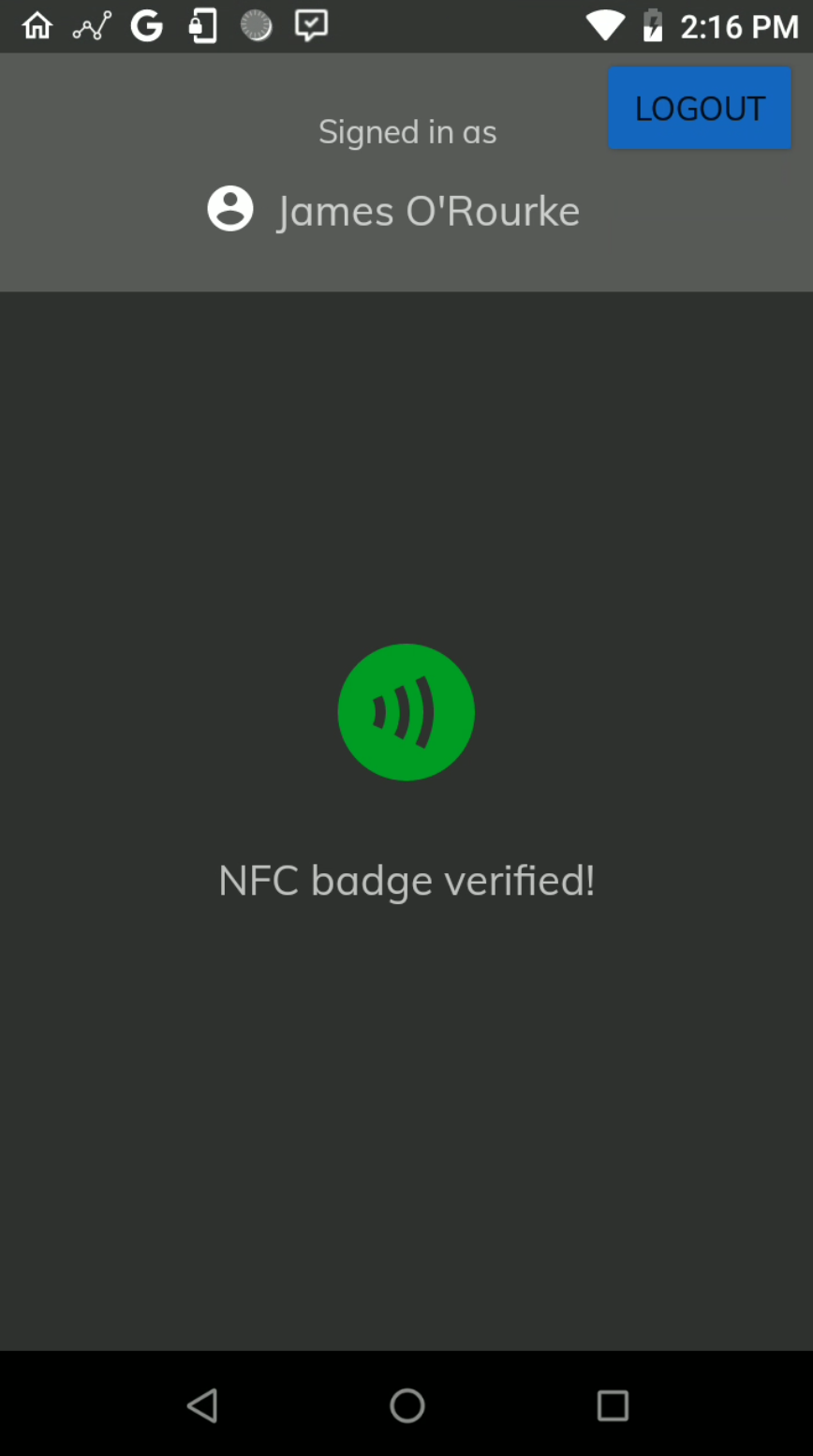 The following key-value pair can be set within the settings object of the Launcher configuration JSON file.

For a device configured to reauthenticate by barcode, the user will be prompted to scan a barcode after logging into the Auth module. Scanning the barcode will associate it with the session.

When the user locks the device screen and wakes it again, they can scan the same barcode to successfully verify their identity and access their applications in the logged-in state. If a different barcode is scanned, the barcode icon will turn red, and the user will receive an error message that that session cannot be verfied by the barcode data and will be able to try again. 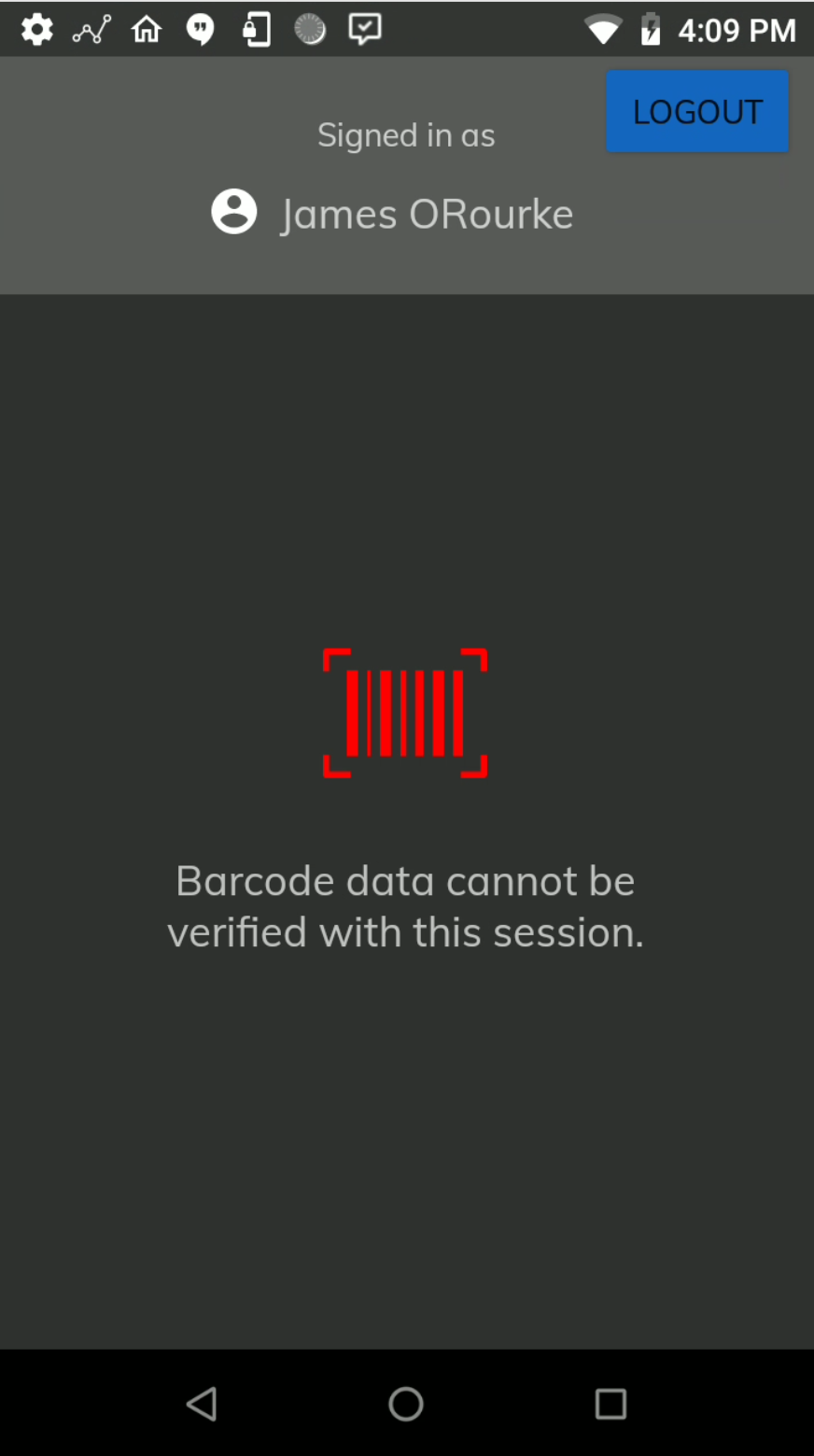 The following key-value pair can be set within the settings object of the Launcher configuration JSON file. 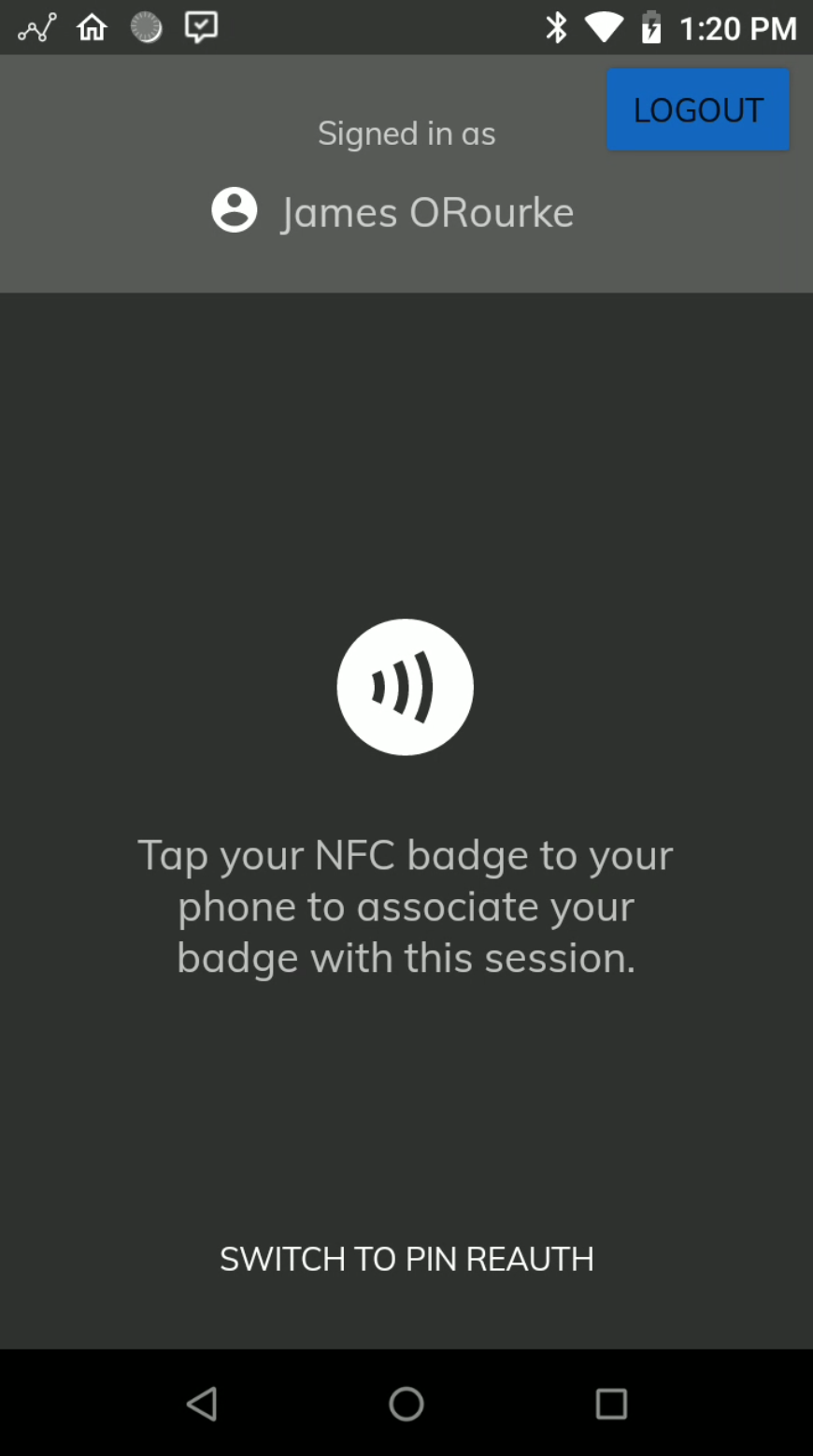