BlueFletch's Playbook MDM is designed for rugged Android devices and provides the ability to manage, configure, and update fleets of devices from the BlueFletch Portal. Within the Portal, the Playbook MDM tab contains the features Playbooks, Plays, Devices and Deployment Groups.

Plays are specific commands that can be deployed to one or more devices to prompt actions such as downloading files or installing applications. For more information, read the Plays documentation.

Playbooks are groups of plays compiled and maintained on the Portal in the Playbooks subtab. The Playbook Agent application uses a playbook designated for a group of devices to keep those devices compliant. For more details, see below.

Deployment groups are clusters of devices that all have the same playbook. A deployment group could represent any cohesive unit with a need for the same applications and settings on all its devices - for example, a corporate region or a single store. For further documentation, read Deployment Groups.

Devices from across the various deployment groups in an organization can be managed from the Devices subtab. From here, individual devices can be moved between deployment groups or be directly manipulated by forcing a sync or pulling log files. A complete guide is available in the Devices documentation.

A playbook consists of a group of plays and one or more deployment groups of assigned devices. Within the Playbooks subtab, a user with management permissions can select the options on a given playbook to view the list of plays, edit which deployment groups or plays are assigned, make a copy of the playbook, or delete the playbook. A New Playbook button is also available to add a new playbook. 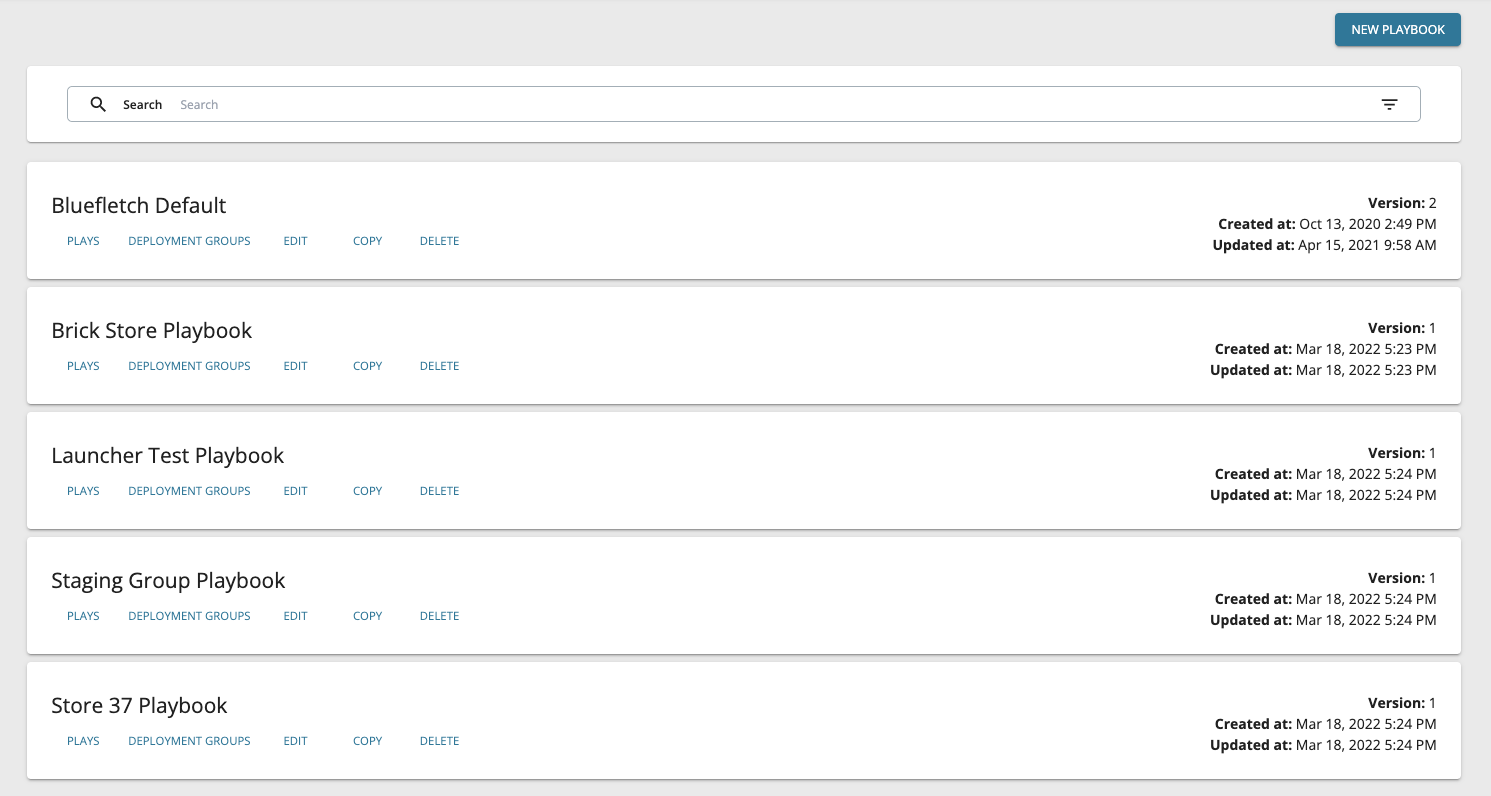