The BlueFletch Playbook MDM, designed for rugged Android devices, provides the ability to manage, configure, and update fleets of devices.

Plays represent the single unit of work that will occur on a device, such as download a file or install an application.

Playbook represents a group of Plays. The Playbook Agent will use the Playbook to keep a device compliant.

A Playbook is made of a group of plays and assigned deployment groups.

To view the plays associated with a playbook select PLAYS in the card.

To view the deployments groups associated with a playbook select DEPLOYMENT GROUPS in the card.

A Playbook is made up of a series of Plays. Each Play in a Playbook can involve a number of actions. 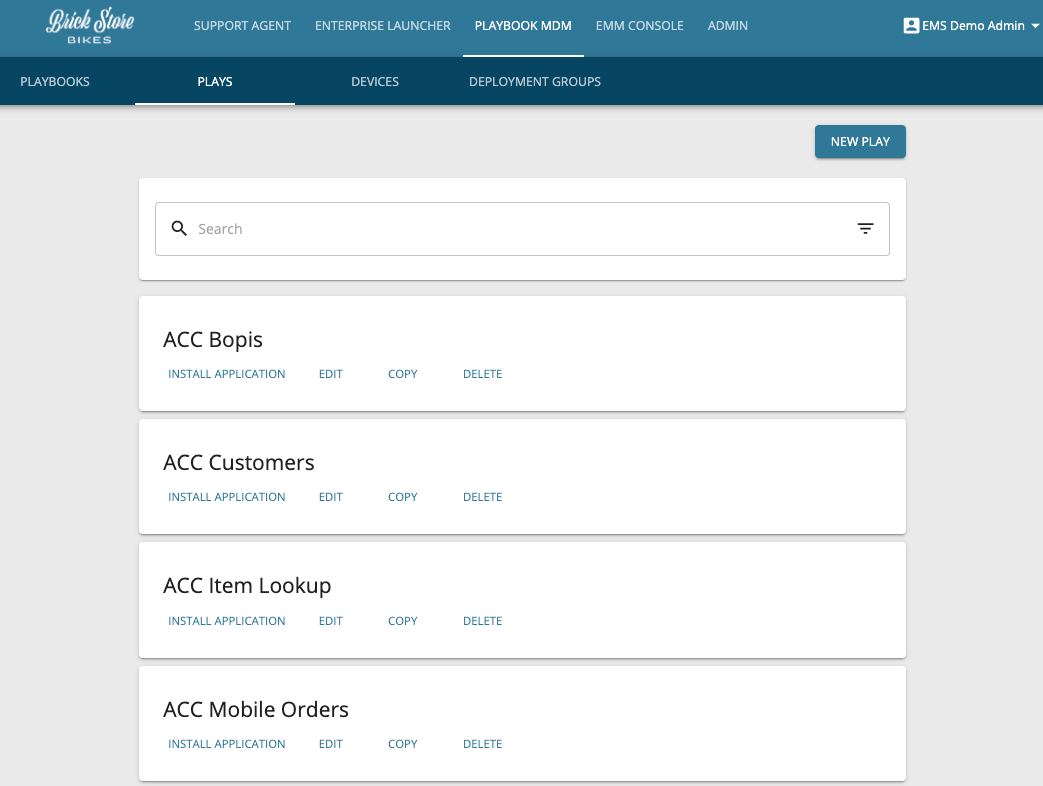 From the Devices Tab, view, assign, or remove a device from a Deployment Group(s) 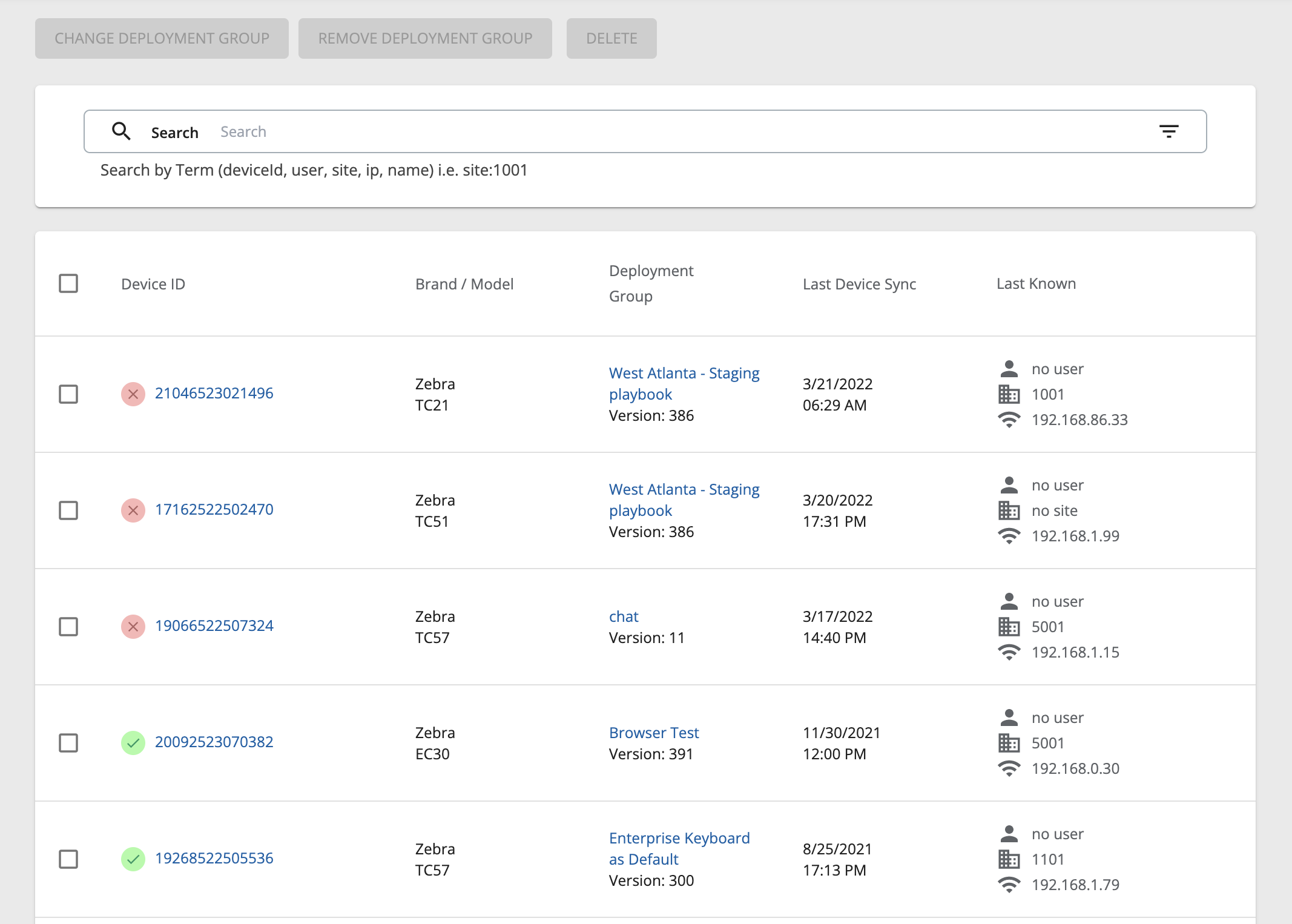 The user can search devices in the grid by using the search bar.

The user can search by term using the following fields by typing into the search bar:

Best Practices To search for a specific site, for example site 1001, type "site:1001" into the search field, then click enter on the keyboard.

Note: Remember to always use the term:value, (ex. name:EMS in EMM Test DG) when using the search feature.

Register the Device into a Deployment Group

2. A QR code will display, that can be scanned to register devices.

3. To register a device within the Deployment Group scan the QR Code with the Enterprise Installer application.